Following the message of Pope Francis that highlights the interrelations between the human environment and the natural environment and the need to pay “attention to causes that are related to human and social degradation …” (Laudato Si’numéro No. 48, p.4) and to deal properly with the degradation of the environment, we renewed our commitment to concrete solidarity actions at the 34th General Chapter in 2016.

In this series of gestures, we note: 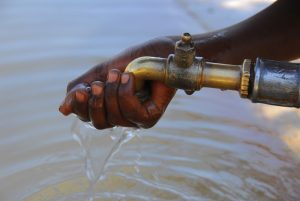 In addition, we recognize the problem of water in Lesotho, characterized by both drought and contamination, a problem that affects food production and the health of the nation. Commitments to act in solidarity with the Basotho sisters and the people of Lesotho have been made, including the provision of financial assistance to counter the effects of famine in Lesotho.

In solidarity with all the people affected by the lack of drinking water, particularly in Lesotho, Peru, Brazil and with the indigenous communities of several regions, the Sisters of the Holy Names of Jesus and Mary (SNJM) commit to: