The remains of Blessed Marie-Rose Durocher are in the Chapel dedicated to her at the Co-Cathedral of Saint Antoine de Padoue in Longueuil. Since her beatification by Pope John Paul II on May 23, 1982, her presence has attracted many people.

Pilgrims draw close to her rose-colored marble tomb which lies under the altar, taking time to pray quietly in the serenity of the surroundings. They confide their prayer intentions and messages of thanksgiving to Marie-Rose. Some write their requests in a special Book of Prayer Intentions which is placed nearby for that purpose. There is also a little box in which people may place their private intentions or comments.

Open daily to the public from 8:00 a.m. to 5:00 p.m., the Marie-Rose Chapel is located in the right transept of the Co-Cathedral of Saint-Antoine de Padoue, in Longueuil. People have direct access to the Chapel from the co-cathedral’s parking lot. 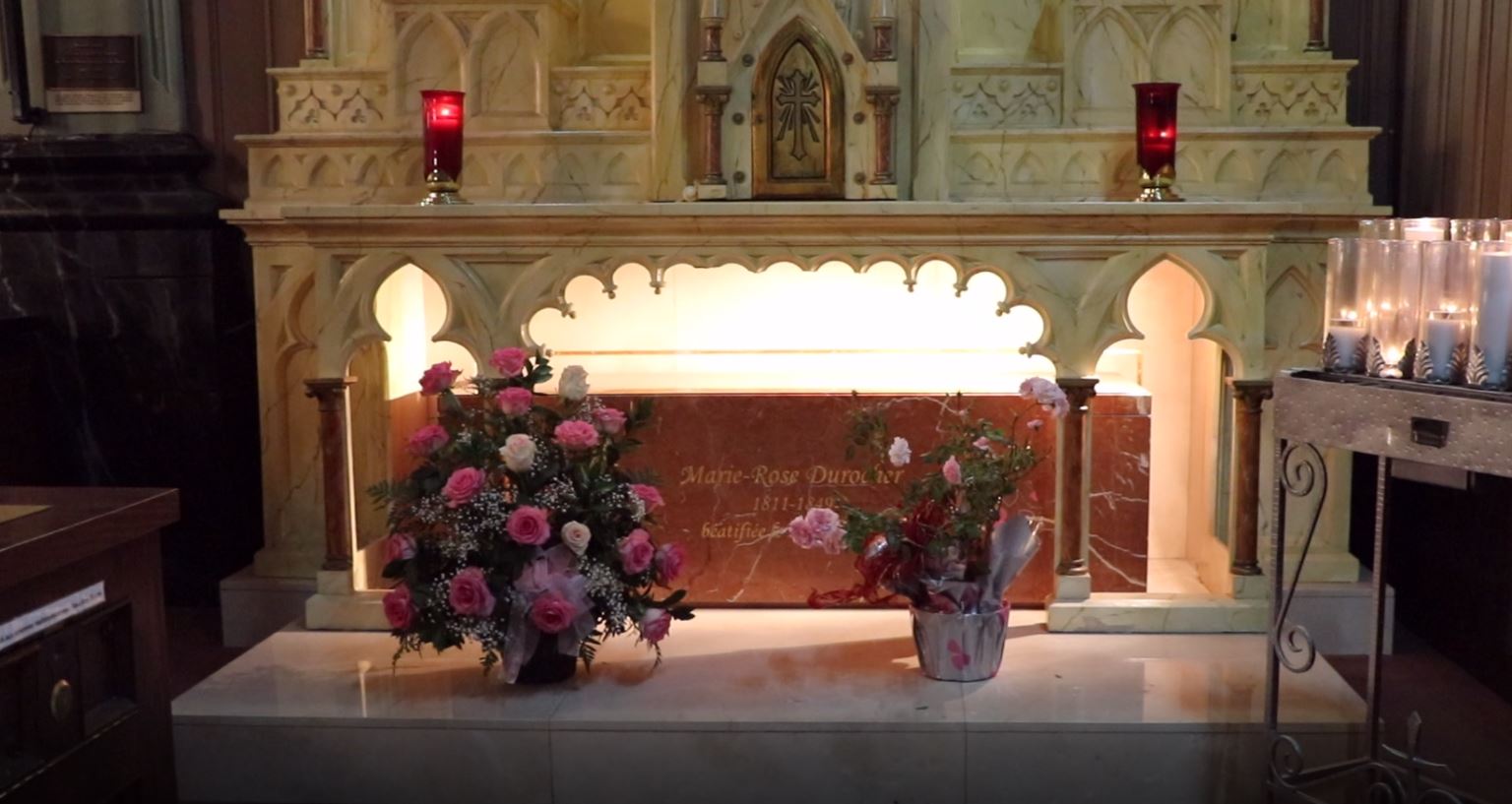 Transferred from the Mother House in Outremont, the tomb of the Foundress of the Sisters of the Holy Names of Jesus and Mary (SNJM) at the Co-Cathedral of Saint Antoine de Padoue has been in this co-cathedral since May 1, 2004. This historic event was celebrated by the Congregation as a homecoming for Marie-Rose.

It is good to recall that Longueuil was the place where the first congregation of women religious educators, founded by a Canadian, was founded and grew. It was also in the Cathedral of Saint Antoine de Padoue that Mother Marie-Rose and her two companions pronounced their first vows on December 8, 1844. Following her death on October 6, 1849, a solemn funeral service was celebrated in this church on October 8.