Ever since 1843, the Sisters of the Holy Names of Jesus and Mary (SNJM) have paid special attention to documenting the Congregation’s history. Our archives illustrate the life and educational mission of SNJM sisters over a period spanning more than 175 years.

Our archivists are pleased to welcome various types of researchers: students, professors, genealogists, historians, former students and citizens from cities and towns where SNJMs have worked.

To consult the SNJM archives, researchers are asked to make an appointment. 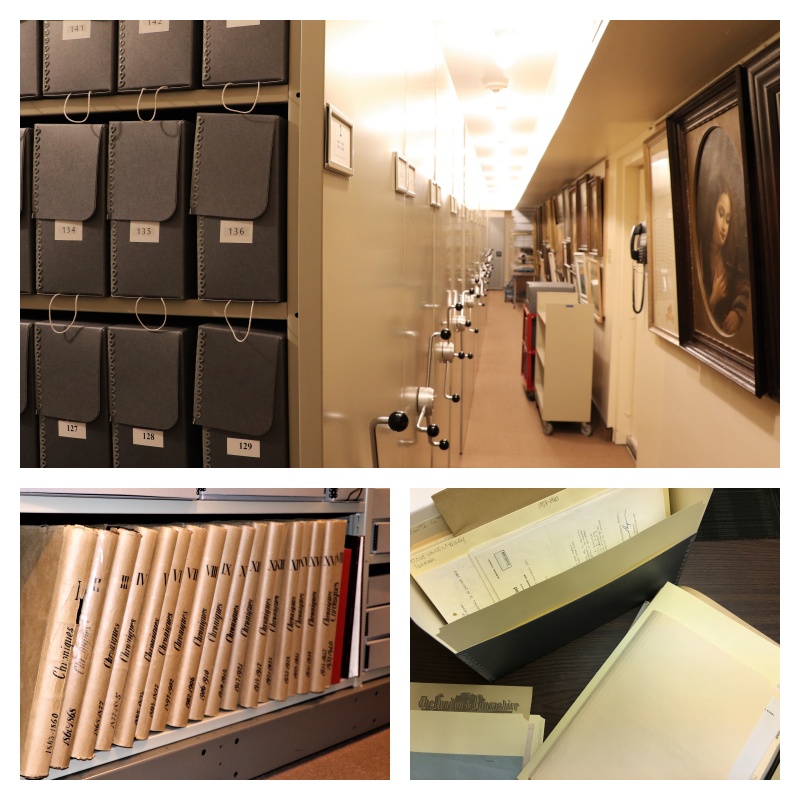 Archives in the Spotlight

We invite you to discover various facets of the contribution of the Sisters of the Holy Names of Jesus and Mary to the history of education by taking periodic peeks into the contents of our archives. To do this just visit the Archives Spotlight Category in the News section, where you can easily access all archives that have been highlighted already.

You can also learn more about SNJM history through visiting exhibits of its religious and educational archives. 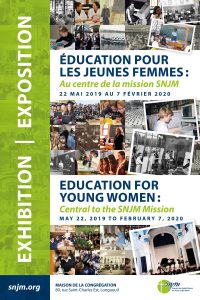 History of the SNJM Archives

In 1984, the SNJM archives returned to their point of origin, when the General Administration decided to renovate the old convent on St. Charles Street in Longueuil to house its offices and to build a repository that meets the archival standards of preservation and security. The new archival centre was then named the SNJM Central Archives Department. 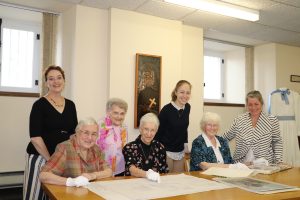 As early as 1843, Bishop Ignace Bourget, then Bishop of Montreal, taught the first sisters the importance of keeping records and of chronicling their activities. At the General Secretariat, the Congregation’s first archivists ensured the preservation of the community’s documentary heritage.

In 1972, the SNJM General Council appointed a general archivist and allowed her to study in order to become a professional archivist. With the help of an archival advisor, the new archivist created a classification framework and overall policy for the preservation of the community’s archives.

Today, a team of archivists, including three professional archivists, work in the SNJM Central Archives Department at the Congregational House in Longueuil. They see to the accession and appraisal of archival documents, to their treatment, description and preservation, and to the promotion of the congregation’s heritage.

The SNJM Central Archives Department keeps the archival fonds of the SNJM General Administration, Provincial Administrations, residences, educational institutions and other ministries of the SNJM Provinces of Quebec and Ontario. It also preserves the personal archives of the Quebec and Ontario members of the Congregation, as well as some fonds of individuals who have links with the congregation.

The SNJM archives illustrate the life of the sisters and their work from 1843 to today. The archives are organized under five groups of fonds : 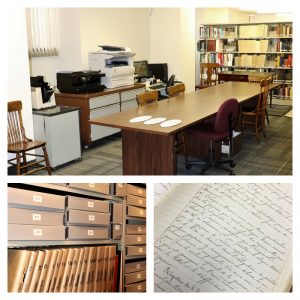 SNJM archival and historical heritage includes many types of documents :