We are the Sisters of the Holy Names of Jesus and Mary (SNJM), a congregation of women religious dedicated to education and founded in Longueuil, Quebec, by Eulalie Durocher (Mother Marie-Rose) on October 28, 1843.

Committed to the service of the Church and society, our foundress and her companions, Henriette Céré and Mélodie Dufresne, provided needed access to education to young people and focused on developing all the aspects of each person.

The Education of Girls

Under the inspiration of our foundress, the Congregation has worked for the education of girls and young women, especially those living in rural areas, with the concern of meeting the needs of people from every background. In spite of very modest beginnings, the Congregation quickly founded other schools and boarding schools in Beloeil (1846), Saint-Timothée (1848) and Saint-Lin (1848). It extended its reach beyond the borders of Quebec to reach the United States (Oregon, California, Florida, etc.), Ontario, Manitoba, Lesotho, Japan, Haiti, Peru and Brazil. SNJMs are still working on three continents today.

Dedicated to the full development of the person and supporting marginalized people, the SNJM mission of education encompasses many other areas of action, notably health, the promotion of justice and preservation of the environment. 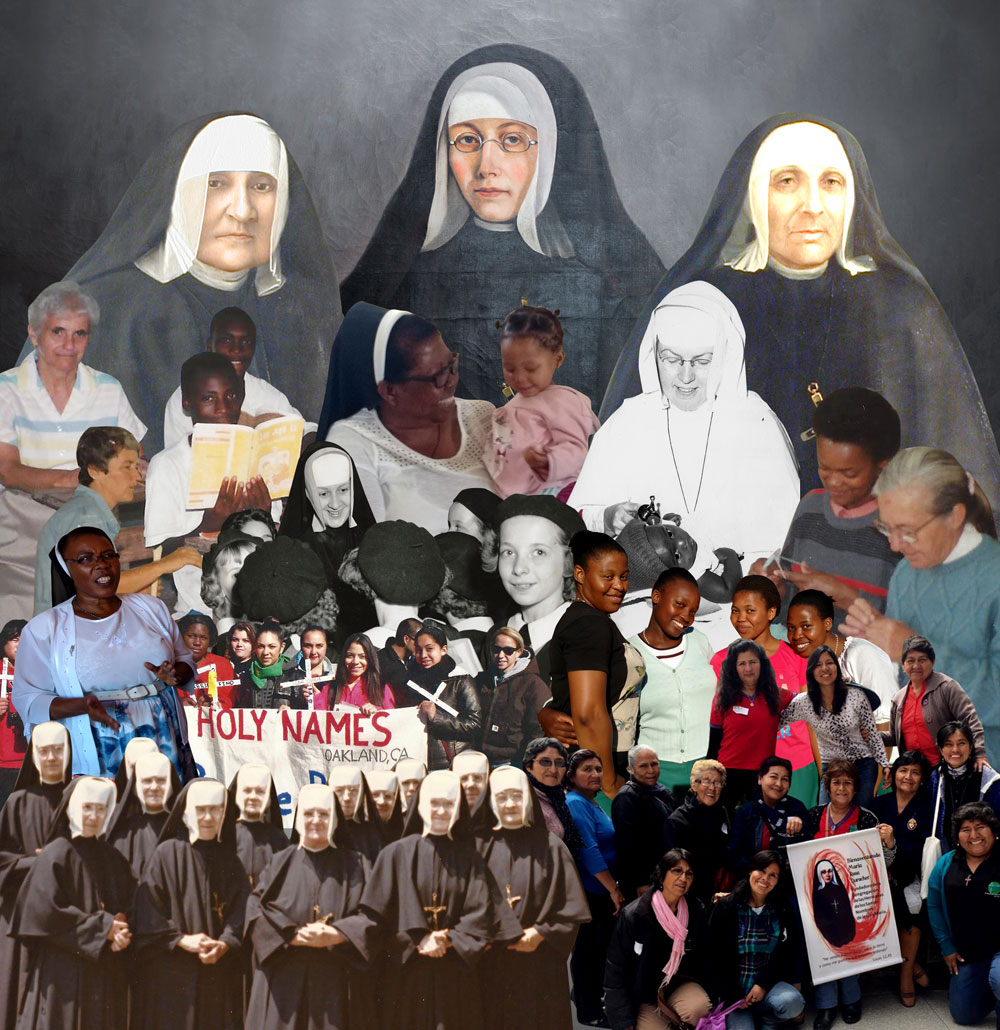 Our international Congregation is structured into five entities:

The General Administration consists of:

They are also mandated to roll out actions to carry out the Acts of the 35th General Chapter.

The current Congregational Leadership Team, elected in 2021, is composed of the following sisters :