New vocation: From teaching to administration

When the Holy Name of Jesus Boarding School ceased its teaching activities on June 19, 1983, it marked the beginning of major renovations to the building. This work was necessary to give a new vocation to the building, which will now house the personnel of the General Administration of the Congregation of the Sisters of the Holy Names of Jesus and Mary (SNJM).

Sister Hermance Baril, Superior General, recalled at the inauguration of the renovated building: “It was necessary to make changes, because the vocation of the boarding school, which had been for nearly 140 years, to welcome students, became very different with the arrival of the General Council and all the administrative personnel. Yet, it is the same heart that beats: the presence of Mother Marie-Rose is almost palpable to us in the rooms where she lived, where she prayed and where she was displayed after her death.”

While the exterior of the building has been preserved and restored, the interior has undergone profound changes. The entire interior was demolished, with the exception of the entrance staircase (original), the chapel and the historical rooms where the founder, Blessed Marie-Rose Durocher, lived. This delicate operation required the installation of pilings during the work to support these three rooms (chapter room, room and antechamber of the foundress) located on the third floor. It is still possible today to visit these historic rooms.

In September 1984, the Longueuil Convent was renamed Maison de la Congrégation and became home to the offices of the General Administration of the International Congregation which works in Canada, the United States, Brazil, Peru and Lesotho (in Africa). 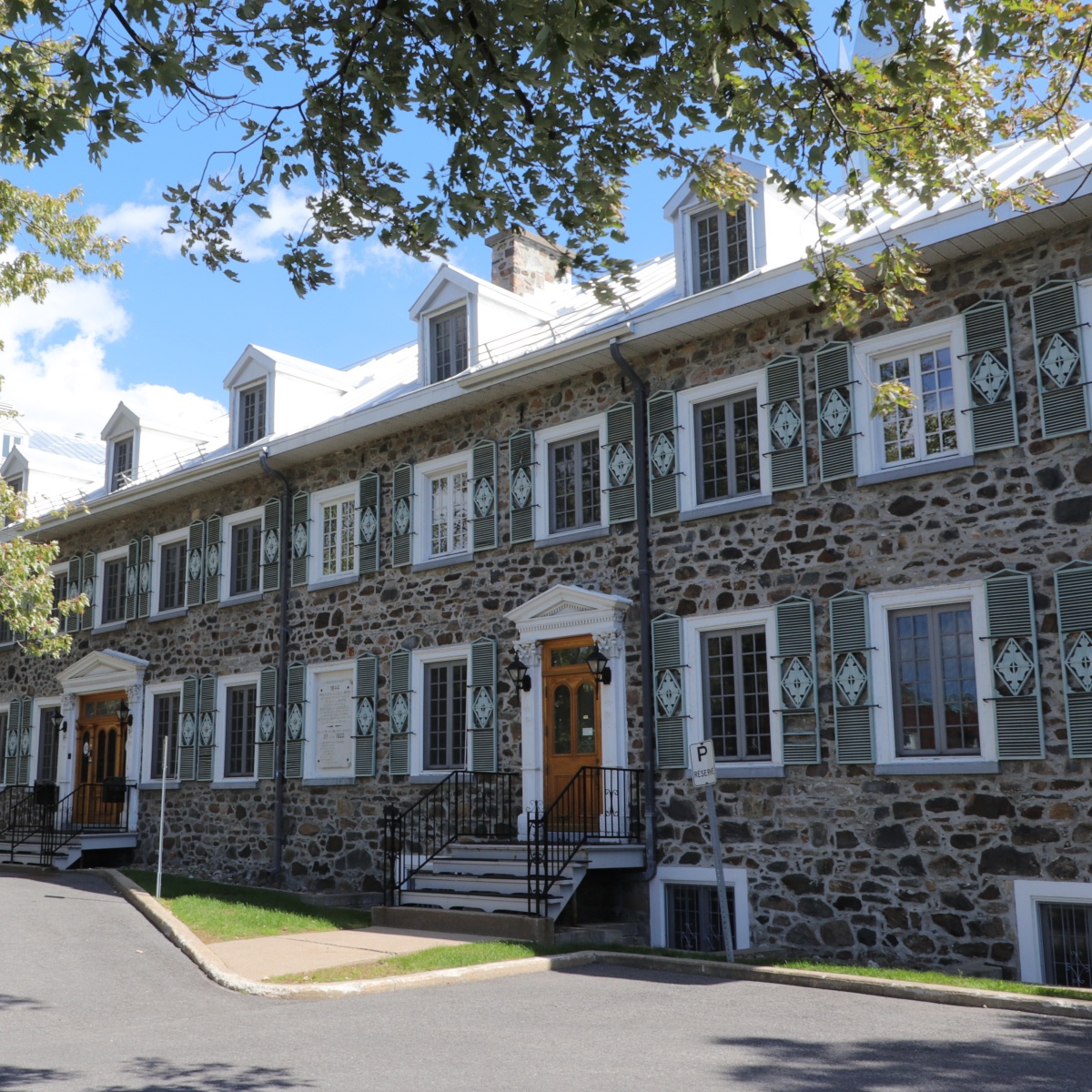 Discover our other posters

Birth of the Convent of Longueuil

Birth of the Convent of Longueuil