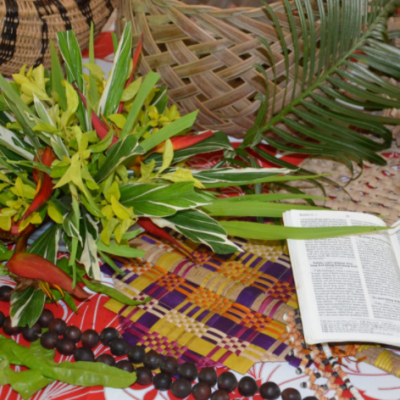 The World Day of Prayer (WDPS) is celebrated on the first Friday of March each year in some 120 countries. The day was initiated by Christian women in the late 19th century in the spirit of an ecumenical movement.

The idea is to gather around the earth for 24 hours, people using the same words in a variety of languages to pray to the Lord. This initiative supports the women’s statement that “prayer and action are inseparable and play an essential role in the world. »

Each year, the mission of designing and writing an ecumenical celebration is entrusted to women from a different country. This year, it is the women of Vanuatu, an archipelago of 83 predominantly volcanic islands in the South Pacific. They have chosen to base their approach on the text of the Gospel of Matthew 7:24-27 – “Building on rock”.

In the context of the pandemic, a video of the celebration was posted on YouTube to encourage sharing and communion in prayer with women in Vanuatu and around the world. The booklet of the celebration in French is available here as well as a lot of relevant information on the 2021 edition.