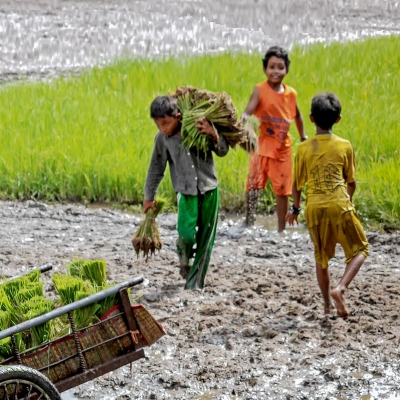 This world day was created in 1995 in memory of the young Pakistani boy Iqbal Masih. Iqbal Masih was sold into child slavery at the age of four and murdered on April 16, 1995, at the age of 12, after denouncing the conditions imposed on children and defending their rights.

The phenomenon of child laborers, slaves, exploited or sold is a reality in many parts of the world. It is not uncommon to see minors in Europe and elsewhere, forced to beg or even prostitute themselves. According to some data, there are between 5 and 8 million children affected by what is now called modern slavery.

Pope Francis has repeatedly condemned the forced labor imposed on children. He has called this scourge “an ignoble phenomenon”. Among other things, he has stated, “All children must be able to play, study, pray and grow up in their own families and this in a harmonious context of love and serenity. “

To learn more about child labor.