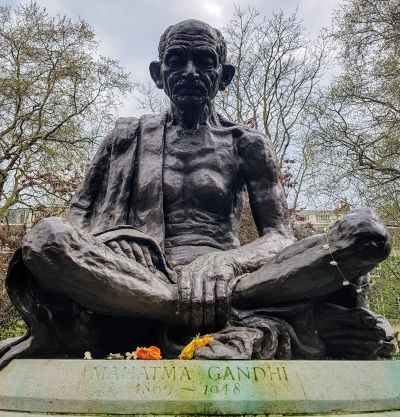 Celebrated on October 2, the International Day of Non-Violence pays tribute to the initiator of the philosophy and strategy of non-violence, Mahatma Gandhi.  The message in favor of non-violence promoted by this former leader of the movement for the independence of India has aroused the interest and support of a large number of people around the world.

In proposing the resolution to the United Nations General Assembly, then Indian Foreign Minister Anand Sharma stressed the relevance of Gandhi’s human philosophy and the universal respect it inspires. In support of his words, he quoted him: “Non-violence is the greatest force that humanity has at its disposal. It is more powerful than the most destructive weapon invented by human ingenuity. “The UN resolution was adopted on June 15, 2007 with the objective of educating and raising awareness of the values of the message of non-violence.

The non-religious and non-partisan movement “Traffickinghub” chose this day to organize an international event to raise awareness to fight against sexual trafficking and rape of women and children.  Demonstrations will be held in London, Los Angeles and Montreal on October 2, between 11:00 am and 2:00 pm. Read more…