Feast of the Holy Name of Mary 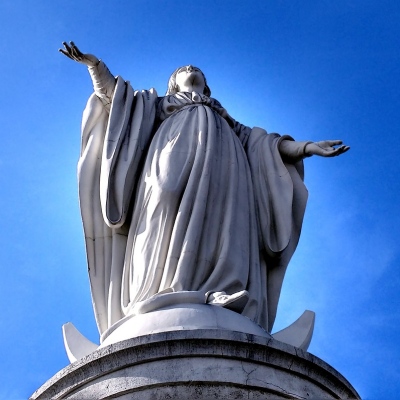 September 12 celebrates the Holy Name of Mary, a liturgical feast that was celebrated in Spain in 1513 before being extended to the Universal Church in 1684 in recognition of Vienna’s victory over the Turks. Pope Innocent XI instituted this feast, attributing this victory to the intercession of the Virgin Mary by the head of the army before launching his troops: “Let us march with confidence under the protection of Heaven and with the assistance of the Blessed Virgin. »

The saints have always invoked the Name of Mary to overcome trials. It is perceived as a name of salvation. “Mary’s name alone,” says St. Bernard, “puts all demons to flight…”  After an absence of 32 years, this liturgical feast was re-established in 2002 for spiritual and historical reasons by Pope John Paul II.

According to biblical tradition, to honor someone’s name is to honor that person. Blessed Marie-Rose Durocher passed on to us a special devotion towards the Holy Names of Jesus and Mary. “And so we approach God in the name of Jesus and we honor Mary, God’s faithful servant, Mother of Jesus and of the Church, our Mother.”

The foundress of the Congregation of the Sisters of the Holy Names of Jesus and Mary always felt the presence of the Virgin Mary and devoted herself to her constant piety. This is also the case with Jesus, also referred to in the name of the congregation. This special bond with Mary is also reflected in the choice of the feast of the Immaculate Conception as the day for the renewal of the vows of the nuns, December 8.

An animation document to celebrate this day was produced as part of the 175th anniversary of the Sisters of the Holy Names of Jesus and Mary (SNJM). It is available in PDF format.