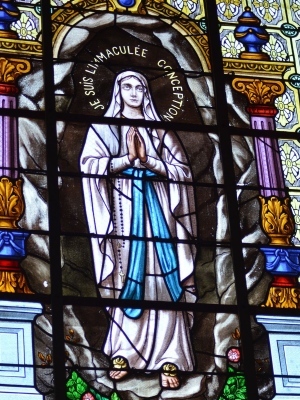 The Feast of the Immaculate Conception of Mary, celebrated on December 8, is very important for the Congregation of the Sisters of the Names of Jesus and Mary (SNJM).  It reminds them that Mother Marie-Rose had a great devotion to Mary. In Beloeil, she was the first president of the congregation called the “Daughters of Mary Immaculate”.

It was on December 8, 1844, that the first three nuns pronounced their vows (religious profession) in the Church of Longueuil. It was also on this day that the Congregation was canonically erected by Bishop Ignace Bourget under the pontificate of Pope Gregory XVI.

It is traditional for the sisters to renew their vows that day in a ritual.

Mary, by her total gift to God, inspires our fidelity as consecrated women.