Beginning of the 35th General Chapter of the SNJM “The Call of our Lives!” 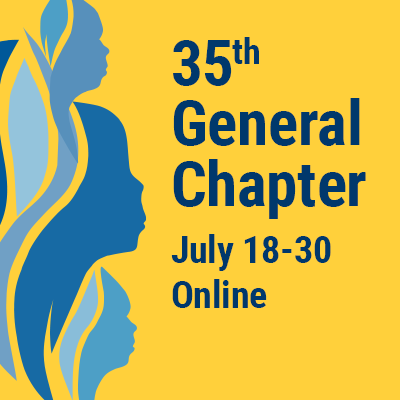 The Sisters of the Holy Names of Jesus and Mary (SNJM) and the SNJM affiliates are about to enter into their General Chapter in a whole new way. The pandemic has led the organizing committee to turn to technology to hold the 35th General Chapter, which has the theme “The Call of Our Lives!”

For the first time in their history, all SNJM sisters will be able to attend the Chapter of Affairs sessions from July 18 to 23. In addition, affiliated persons and invited partners will be able to participate. This openness to people from community and religious groups outside the congregation is a new approach for the SNJM, demonstrating its commitment to collaborating with others. 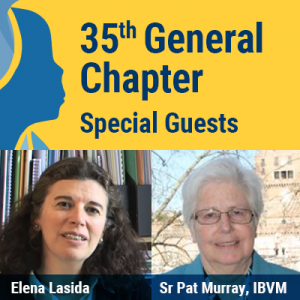 During the first week, a few special events are planned including lectures by Elena Lasida, renowned sociologist and economist from the Catholic University of Paris on Monday, July 19 and Sister Pat Murray, IBVM, Executive Secretary of the International Union of Major Superiors (IUGS) on July 22.

A live concert by Robert Lebel is planned for July 25 to celebrate the start of Chapter elections, which will be held from July 24 to 30. Only delegate sisters can participate in the elections, which will conclude with the announcement of the new leaders of the Congregation for the next five-year term.

Throughout the 35th General Chapter, sisters, SNJM affiliates and partners are invited to share their comments and questions via the dedicated Chapter website. Similarly, over the course of this Chapter year which began in October 2020, sisters were invited to share their experiences of the Chapter, and to dedicate a personal space of ritual prayer in communion with all sisters, during this time of profound spiritual transformation.