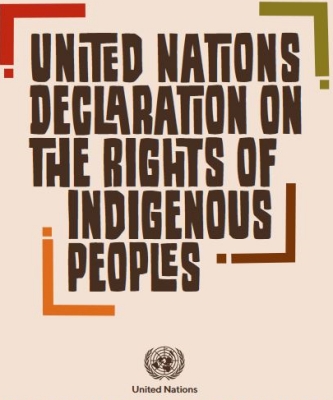 Members of the Congregational Leadership Team (CLT) participated in the campaign to support the passage of Bill C-15 in the Canadian Senate. This bill, which is expected to be passed in the House of Commons shortly, addresses the United Nations Declaration on the Rights of Indigenous Peoples (UNDRIP). It will ensure that UNDRIP is applied in Canadian law and will encourage “the federal government to work with Aboriginal peoples to develop a national plan of action with specific priorities and timelines.”

The current campaign aims to get Canadian Senators to pass Bill C-15 before the summer recess. Failure to do so could mean a delay of several months, or even years, if the persistent rumours of a Canadian election in the fall prove to be true. The initiators of this campaign want to prevent Bill C-15 from suffering the same fate as Bill C-262, which died on the order paper in 2019 after three years.

In their communication to the Senators, the CLT notes that their “support for Bill C-15 is an expression of our commitment to reconciliation in humility and in the spirit of the Truth and Reconciliation Commission’s Call to Action #48. This call calls on all faith communities in Canada to formally adopt and abide by the principles, norms and standards of UNDRIP. Our support for Bill C-15 is part of a broader effort to decolonize our minds and hearts, to combat racism and to build just relationships.”

The national campaign is the work of a coalition of Canadian faith-based organizations under the name Faith in the Declaration who are working together to support the implementation of the United Nations Declaration on the Rights of Indigenous Peoples adopted in 2007. The organization has tabled a briefing paper for the pre-study of the bill by the Senate of Canada’s Standing Committee on Aboriginal Peoples.