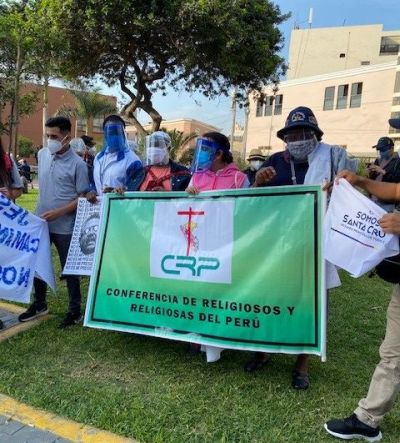 Following the deterioration of the political situation in Peru, Sr. Ana Maria Vilca Mamani, SNJM and SNJM Associate Elvira Mendieta, both Peruvian, prepared a brief report to signal the reaction of the Peruvian people to the recent decisions of elected officials. They highlight the interventions of certain religious authorities, including the Conference of Major Superiors of Peru. Reading it allows us to grasp the extent of the political, economic and social crisis while the health situation is still not under control at this time of COVID-19. 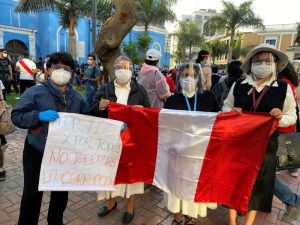 The latest news confirms that the street has finally got the better of this “appointment” of President Manuel Merino. Merino resigned on Sunday, November 15, after severely repressed pro-democracy protests. At least two people are reported dead, a hundred wounded and about forty disappeared.

View the report in Español – PDF

The coup d’état promoted by the Congress against the figure of the President of the Republic of Peru, has been consummated, unleashing the indignation and mobilization in the streets of thousands of Peruvians in defense of our institutionality and democracy. The chances of contagion by COVID 19 increase, however there is no other option: they are robbing us of our rights and leading the country to a deep institutional, political, economic and social crisis. 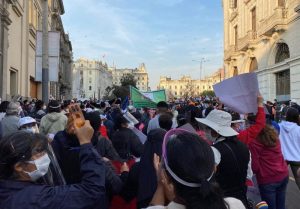 Men and women go out to protest in the avenues and squares with masks on their faces, drowned by the tear gas used by the police forces, bleeding from the pellets, limping from the batons, exposing themselves to the virus and defending what little progress could be made in these twenty years. That is the voice and will of the Peruvian people that the Congress of the Republic does not recognize and violates with the usurpation of power from the current President of the Republic, Manuel Merino de Lama.

The Archdiocese of Lima, through Monsignor Carlos Castillo, has spoken by calling on the Congress of the Republic to “Rectify the measure they have taken. What are they going to be able to do if they can’t even handle the national representation. We are in need of people who have sanity, wisdom and strategically see the needs of the whole of the country. “

Likewise, the Conference of Major Superiors of Religious of Peru issued a statement stating that, “We deeply regret that Congress has proceeded to evacuate President Martin Vizcarra in the midst of the most serious health and economic crisis in recent years in Peru, applying doubtfully the figure of permanent moral incapacity, since there are legal procedures to investigate, prosecute and punish the president, in accordance with the Constitution ”(…). 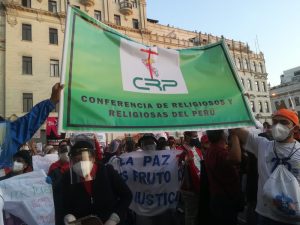 It is very likely that, as this coup becomes a congressional mafia dictatorship, the street movement will grow to a democratizing overflow that goes beyond politics to encompass the economy and society.

These are times of great social and political uncertainty for our country. Facing this situation, today more than ever, requires everyone’s voice, action and solidarity. For this reason, I call on you to join in with your prayers in defense of human rights and democracy in my country and my Peruvian people. 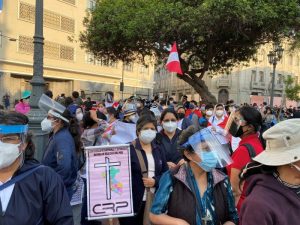