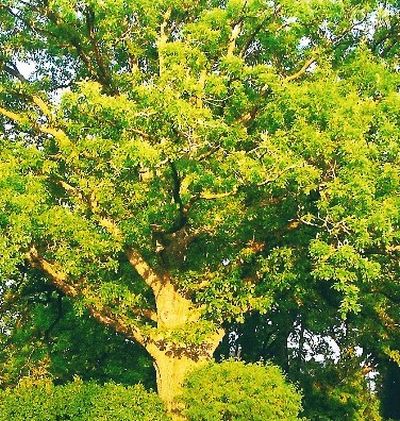 The Central Archives Department of the Congregation of the Sisters of the Holy Names of Jesus and Mary (SNJM) regularly receives requests for genealogy research. Often, the researchers do not have much information about their religious relatives but would like to receive more than basic information, such as names of parents, dates and places of birth and death. Indeed, they are always interested in learning more about their relatives’ lives. The archivists, therefore, send them a short biography of the sister in question. When creating their family tree, people feel the need to know their family history.

A genealogical tree is used to represent relationships between family members. We could draw a parallel with the SNJM Congregation, through the links created between SNJM sisters, their students, and people affiliated with the community. Over the years, the tree, genealogical or other, has been used to symbolize the Congregation. 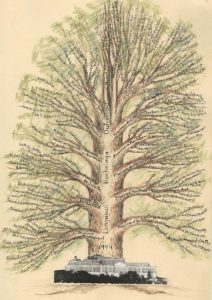 Genealogical Tree of the Congregation Province of Ontario, 1944

In 1944, on the occasion of the Centenary of the Congregation, each religious province prepared an illustrated album of photographs and drawings showing the boarding schools run by the SNJMs. In its album, the Province of Ontario included a family tree of the provinces and convents of the entire Congregation.

The base of the tree shows the Motherhouse in Outremont. Each province is represented by a large branch. SNJM boarding schools and schools form the smaller branches. This tree illustrates the expansion of the Congregation and the vital link between the Motherhouse and the schools where SNJM sisters worked.

We can transpose this family tree from 1944 to the life of the Congregation, from its beginnings until now. Like a tree, each branch, each leaf, each fruit of the SNJM tree draws its essence from its deep roots and the sap of the charism which allow it to face the elements.

The roots of the SNJM tree represent the foundations of the Congregation, namely its foundresses, Mother Marie-Rose and her companions, but also all the sisters who have transmitted values of education, justice and compassion in their works around the world.

The branches are the provinces and the ministries of the Congregation: schools, aid centers, clinics, etc. The multiple leaves represent the SNJM sisters.

The sap that feeds each branch and even the smallest leaf is the SNJM charism and mission: educate to liberate.

The fruits of the tree from which other trees will sprout are the people (students, affiliates, and those who collaborate in SNJM ministries) who carry within themselves the essence of the tree, the values transmitted to them by SNJM sisters. In their turn, these people share the inheritance that they have received, thus continuing the cycle of life.

In 2011, to commemorate the 200th anniversary of the birth of Eulalie Durocher (Mother Marie-Rose), a tree was planted on the grounds of the Congregational House in Longueuil. Sr Simone Perras, SNJM, prepared a ritual for the ceremony.

“The Tree continuously brings forth life; it is perpetual and regenerative.

With Marie-Rose and her companions, the Congregation took root in Longueuil,

then expanded to the Quebec countryside and later to more distant countries.

The Tree bears fruit and nourishment. It produces seeds.

Throughout the ages, the work of education has had a missionary component,

contributing to the formation and growth of individuals, families and societies.”

The tree of the SNJM Congregation is a source of life, from its deep roots to its fruit, through its mission, the life and work of its members and the transmission of its values. Today, more than 175 years after the foundation of the Congregation, the sisters active in contemplation or in action, still keep this tree alive, and the Marie-Rose Centre, the Charism Office and the Central Archives Department are places that bear witness to its roots and its sap. 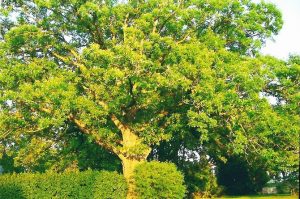 Centennial oak in the SNJM Cemetery in Longueuil