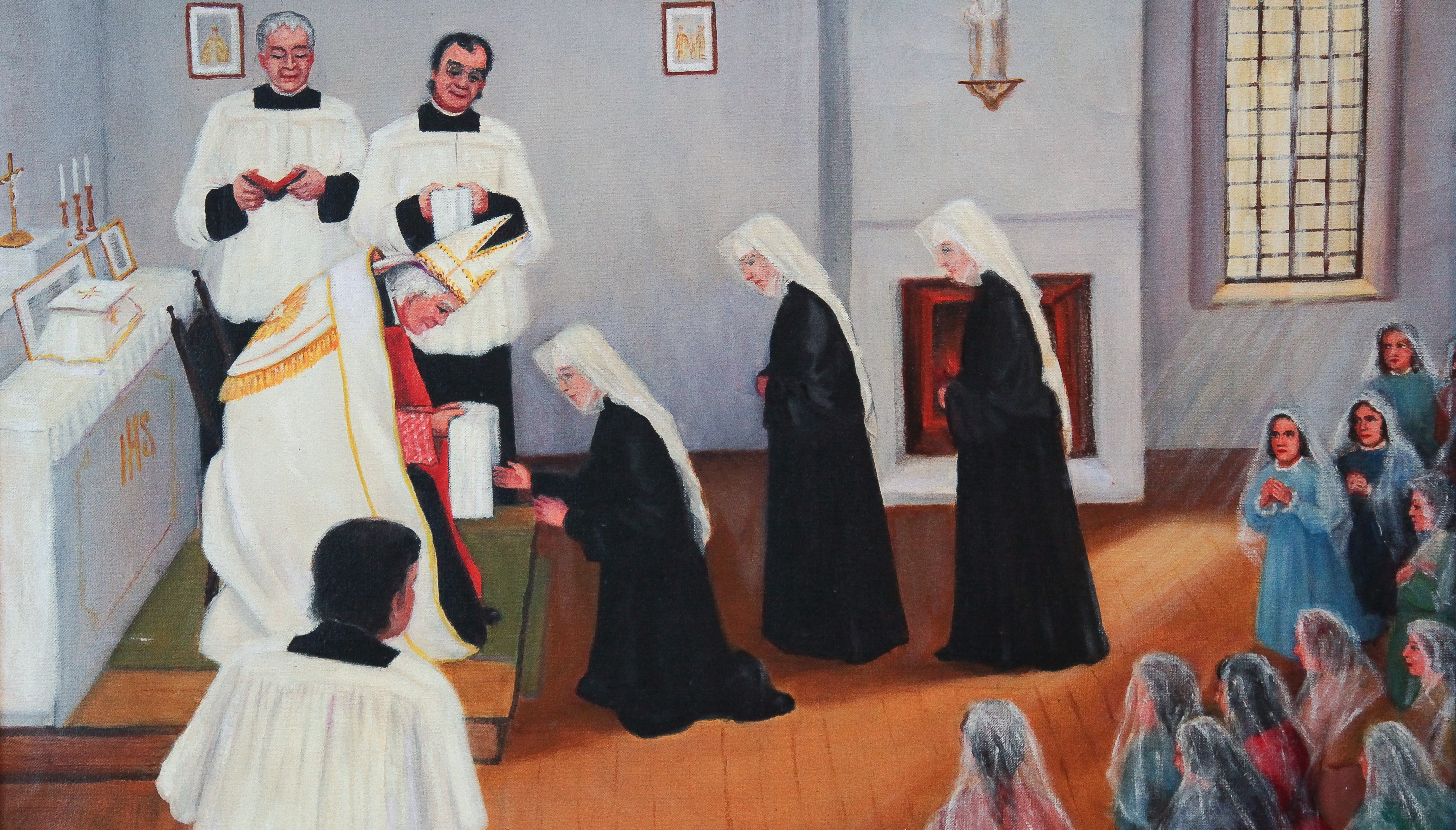 Since their arrival in Longueuil in October 1843 for the purpose of founding the Congregation of the Sisters of the Holy Names of Jesus and Mary (SNJM), Eulalie Durocher, Mélodie Dufresne and Henriette Céré had lived at the parish’s elementary school, where they devoted their time to teaching young girls, especially the poorest girls.

February 28, 1844, was an important day—the day that Eulalie Durocher, Mélodie Dufresne and Henriette Céré took the religious habit and began their novitiate.

In the Chronicles of the Congregation, we read that Bishop Bourget, Father Théophile Durocher and Oblate Fathers Honorat and Allard were present at this clothing ceremony, which the thirteen boarding school students also attended.

In his homily, Bishop Bourget addressed the first SNJM novices: “[It is important to make Jesus known] and to help others to love Him sincerely. This should be your constant concern. In His school, you will learn the excellence of charity, the virtue by which He wants his disciples to be known. It is, therefore, by this sign that you will be recognized as true daughters of the Holy Names of Jesus and Mary.”

After the homily and a hymn, Bishop Bourget blessed the religious habits and presented each novice with one. The novices then retired to a neighbouring room, put on their habits and returned to kneel at the feet of the Bishop, who blessed the veils and gave them to them. After Communion, Bishop Bourget announced to the novices that they would henceforth be called by the religious names of Sister Marie-Rose, Sister Marie-Agnès and Sister Marie- Madeleine. Under the guidance of Father Allard, the first three SNJM novices would continue their formation in religious life.

Over the years, the young women who entered the SNJM Congregation in July would celebrate a similar clothing ceremony in February. 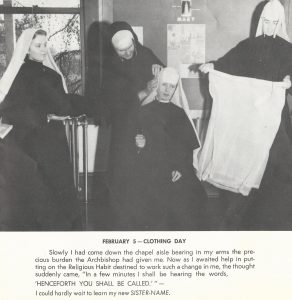