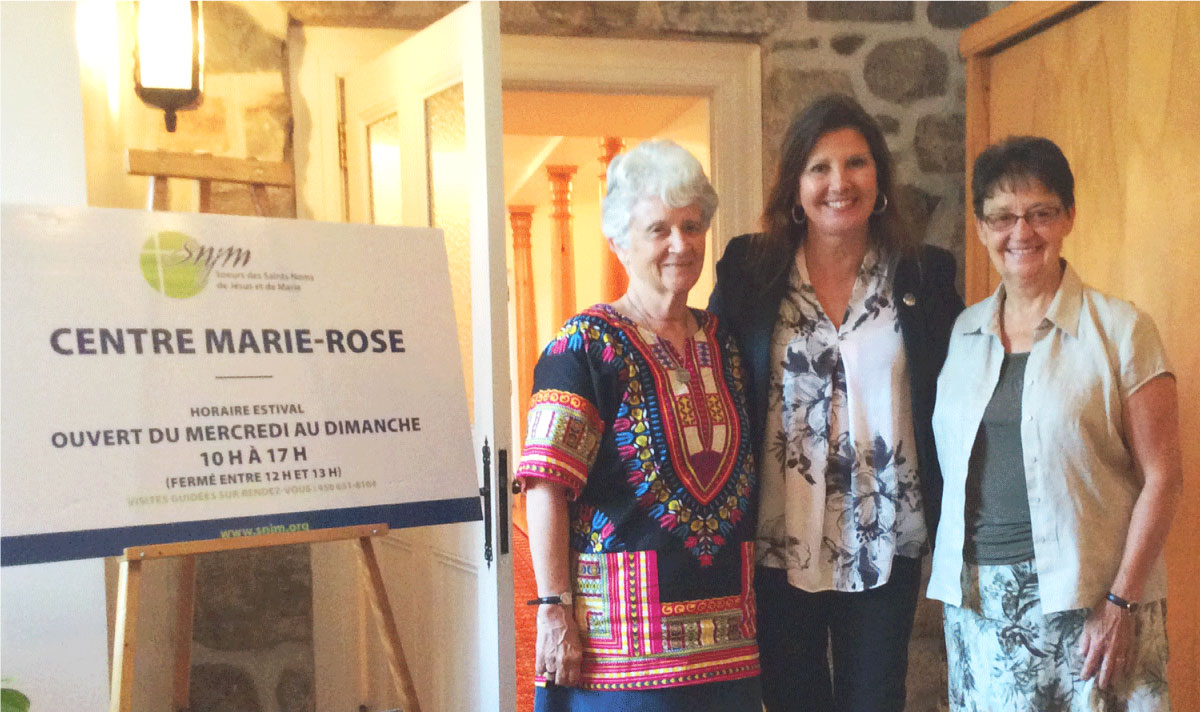 Longueuil, September 12, 2016 — Last week, the Taillon Member of the National Assembly, Ms Diane Lamarre had a nostalgic return to Marie-Rose Centre, located at 80 Saint-Charles Est. Ms. Lamarre visited the chapel, the museum, the historic rooms and the foundation house, and then headed to the archives, where she found written evidence of her time at the old convent. “I have a deep appreciation for how carefully the nuns preserve everything here. What a joy it is to reconnect with my formative years, which had such a great impact on my future choices. Thank you to the Sisters of the Holy Names of Jesus and Mary, to whom I owe so much,” said Ms. Lamarre.

The MNA took the opportunity to congratulate the nuns on Marie-Rose Centre’s success over the summer. In July and August, the Centre welcomed close to 500 visitors. The increased traffic is the result of the centre’s expanded hours, a new partnership with the City of Longueuil and the inclusion of Marie-Rose Centre in the Saint Lawrence River Shrines route. Also the Centre hosted a popular August 13 event, La Passion d’Augustine…selon les SNJM, which featured a talk, a mini concert and an exhibit about the now-gone Saint-Antoine brook.

Historic sites to know and preserve

The experience was so positive that other similar activities are planned for next year. This policy of openness on the part of the Sisters is a deliberate approach to protect heritage. “Although we continue to actively use these historic sites as offices and a residence, we would like to make them more well-known to others. We think this is the best way to ensure they are protected in the medium- and the long-term,” explained Catherine Ferguson, Superior General of the Congregation.

The Congregation of the Sisters of the Holy Names of Jesus and Mary (SNJM) is an international community of Catholic religious women. In their mission, the SNJMs act with the assistance of associates, lay consecrated persons, volunteers, colleagues and friends. Founded in 1843 in Longueuil, Quebec, the congregation carries out its mission of education on three continents. To find out more, visit http://www.snjm.org.