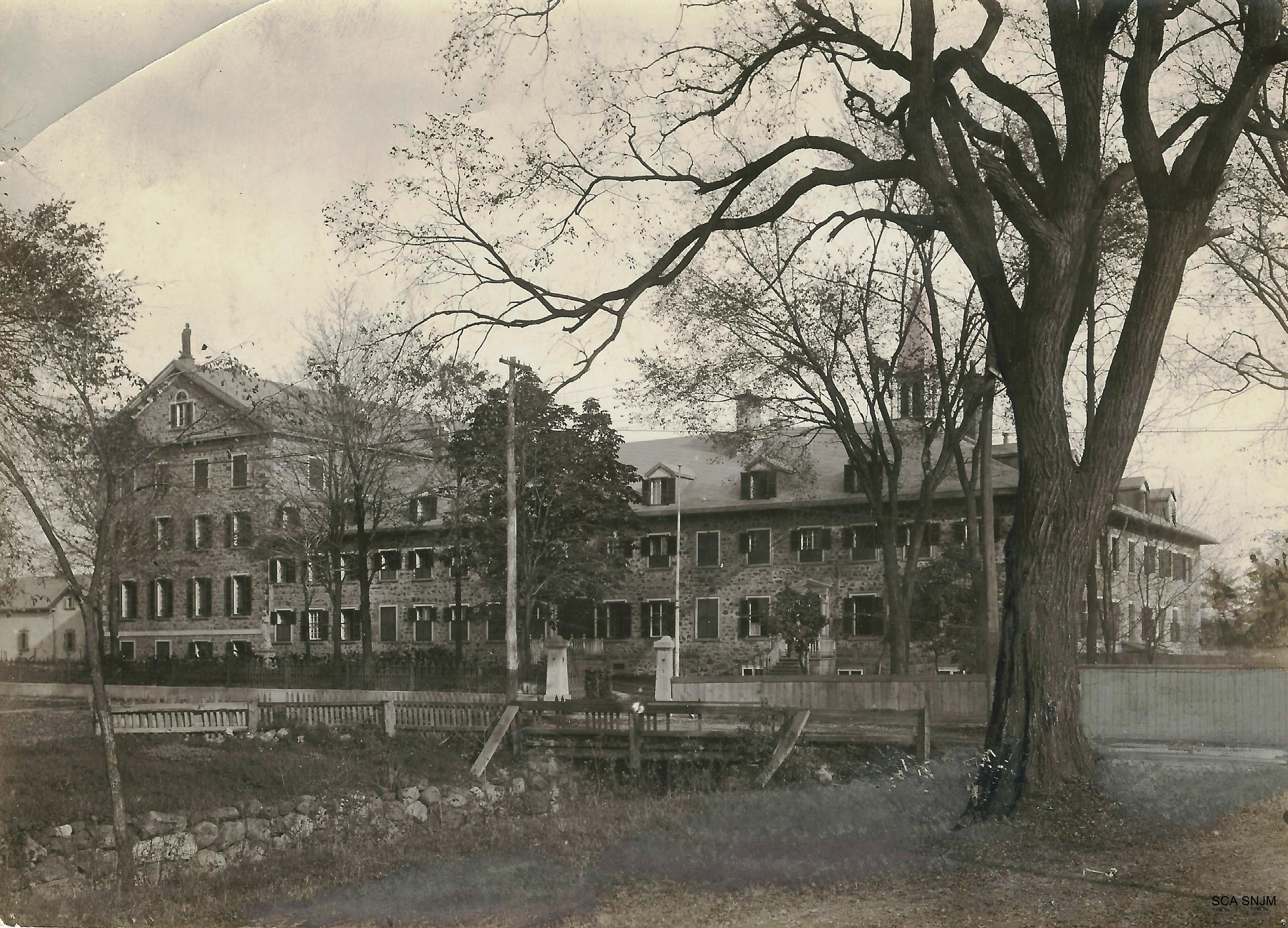 Who would ever guess that the Saint-Antoine Brook once ran through what is now the heart of Vieux-Longueuil? Yet, it was near its banks that the first church and the Fort Longueuil were built. 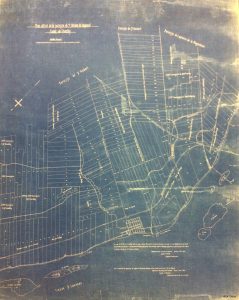 Before flowing into the Saint Lawrence River, the Saint-Antoine Brook rose from the land, wound its way through farms whose lots were positioned to provide each one with access to the water, crossed the parish cemetery, ran along the recreation yard of the Collège des Frères des Écoles Chrétiennes on the Chambly road, circled around the Convent of the Sisters of the Holy Names of Jesus and Mary and traversed the Parc de la Baronnie. The SNJM Central Archives Department preserves the memory of the Saint-Antoine’s course through maps showing its location and several notarial deeds indicating that the convent’s property is bordered by the brook in various places.

There were three bridges over the brook. One of them crossed at the level of Saint Charles Street, in front of the Convent of the SNJM. Some years, the brook overflowed its banks and flooded the property, making life difficult for the sisters, students and boarders. In the 1950’s, the brook was walled off from the river to counter the effects of the floods and then it was routed towards the drains. The brook bed was lined with stones and, finally, filled in.

The main archeological digs near the mouth of the brook in 2005, 2008 and 2016 uncovered traces of a First Nations presence and the foundations of the city of Longueuil. 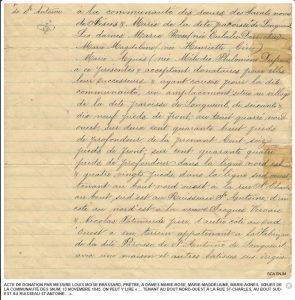 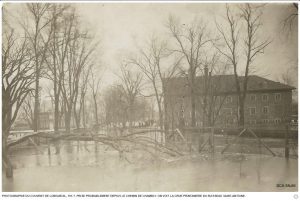