Fundraisers – The joy of gathering & sharing 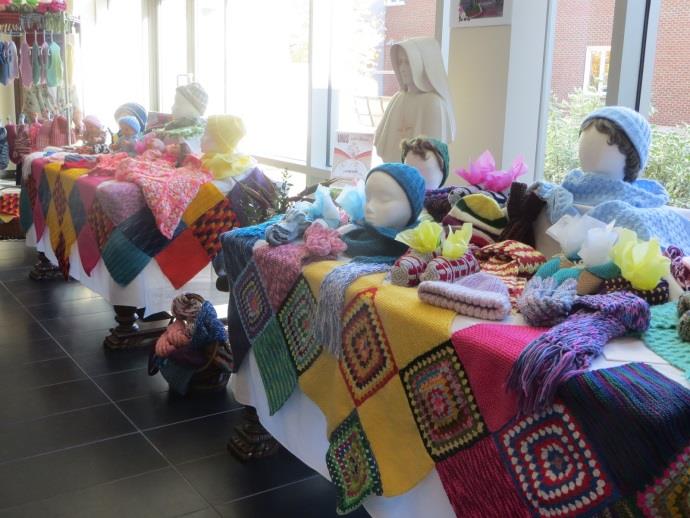 Everywhere, throughout the year, we are touched by problems of austerity, poverty and armed conflict which uproot families.
Every day, our fellow citizens must call upon different resources, such as food banks, for assistance. In order to respond to these ever-increasing requests, these organizations are in need of the public’s help.
Since the 19th century, during Advent, numerous collections and fund-raisers have taken place. The Sisters of the Holy Names of Jesus and Mary have contributed to this sharing in diverse ways. Thus, the Chronicles tell us that in December 1897, the winter was already very cold. At Hochelaga Convent, the Sisters fashioned old material into new clothes to be given to the poor people in the area.
And again, at Hochelaga Convent in 1929, former students, members of the Alumni Association, gathered beginning in September to make various lingerie articles to be distributed, in December, to poor children in the schools of Hochelaga. These former students also sewed albs which would be sent to the foreign missions. 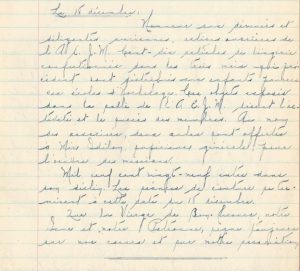 Minutes of a meeting of “Cercle Notre-Dame-du-Bon-Secours”,
Alumni Association of Hochelaga Boarding School.
December 18, 1929.  (in french only)

To this day, the Sisters of the Holy Names of Jesus and Mary continue to participate in making warm clothing. Some is distributed to the poor people of Quebec; some is sent to Lesotho, where the sisters have been working since 1931; and some is sold and the funds donated to SNJM projects. 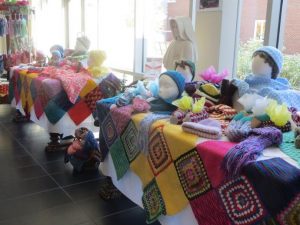 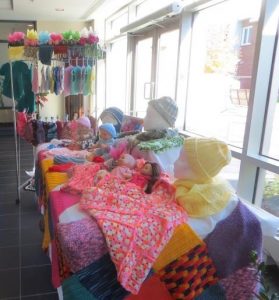 Sisters at Maison Jésus-Marie, who knit and donate or sell their work. 2015.

The Chronicles of Hochelaga Convent, from December 1915, describe a fundraiser organized by the wealthier parents of the students from this institution. During that time of war, there were many disadvantaged families in the area, and the need for money, food and all kinds of things was great within the different community organizations. 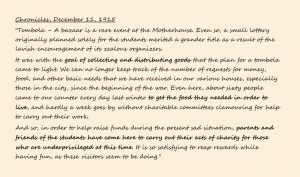 Throughout the years, the Sisters have carried on their mission of assisting the disadvantaged people by becoming involved in community kitchens, meals on wheels and the distribution of foodstuffs. 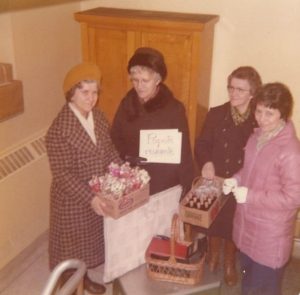 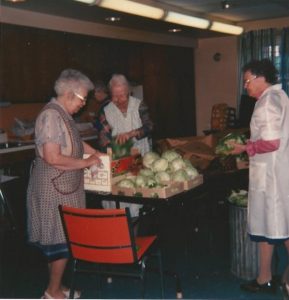 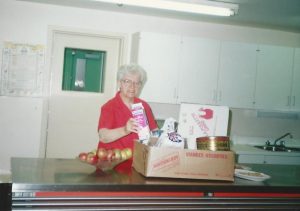 Sisters working for Meals on Wheels, sorting out perishable foodstuffs,
filling the boxes of food which others will distribute.
[Between 1970 and 1990].

Between 1972 and 1985, the Saint-Jean-de-Matha Convent housed an SNJM youth center, the “Manoir des Jeunes”, where a variety of activities for youth and disadvantaged families took place: camps for friendship, liturgy, reflection, vacation, etc. 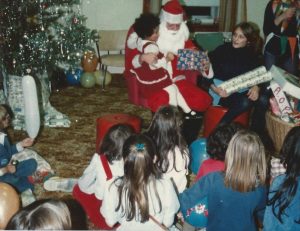 So that they could also contribute to this joy of sharing, the Sisters from Saint Lambert Convent collected gifts so that Santa Claus could visit the children of Manoir des Jeunes.