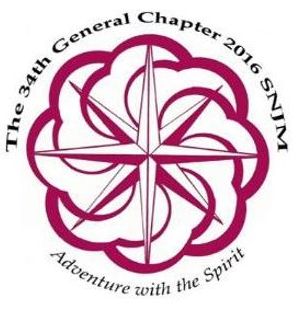 Longueuil, Quebec, Canada – September 11, 2015 – Tomorrow, the Congregation of the Sisters of the Holy Names of Jesus and Mary (SNJM) launches a consultation process leading to its 34th General Chapter. Chapter preparations will culminate in July 2016 with a major gathering of SNJM delegates and guests. The General Chapter is the opportunity for the sisters and Associates to actively participate in the development of the life and mission of the SNJM Congration.

The next few months will see a series of small group meetings within the five SNJM entities: the Lesotho, Manitoba, Quebec and U.S.-Ontario Provinces and the Mission-Sector. Participants will utilize video conferencing and other innovative technologies to ensure maximum participation.

The consultations will help situate the Congregation, identify future challenges and contribute to the General Chapter’s agenda, while identifying prospective candidates for the Congregation’s next Leadership Team. Background documents and process materials will be distributed and explained in an effort to promote participation and enhance the dialogue.

General Chapter delegates will be meeting from July 8 to 28, 2016 with the task of electing the next Leadership Team and identifying the Congregation’s common objectives for the next five years. All major decisions will be made by consensus during this time of intense listening and of discerning God’s will for the Congregation’s mission in the Church and in the world.

The Congregation of the Holy Names of Jesus and Mary (SNJM) is an international community of Catholic religious women. The SNJM pursues its mission in collaboration with its Associates, consecrated laity, volunteers, friends and colleagues. With a mandate to educate, the Congregation was founded in Longueuil, Quebec in 1843. It is currently active on three continents. For more information, visit www.snjm.org.