An exhibition centered on the Institut Jésus-Marie 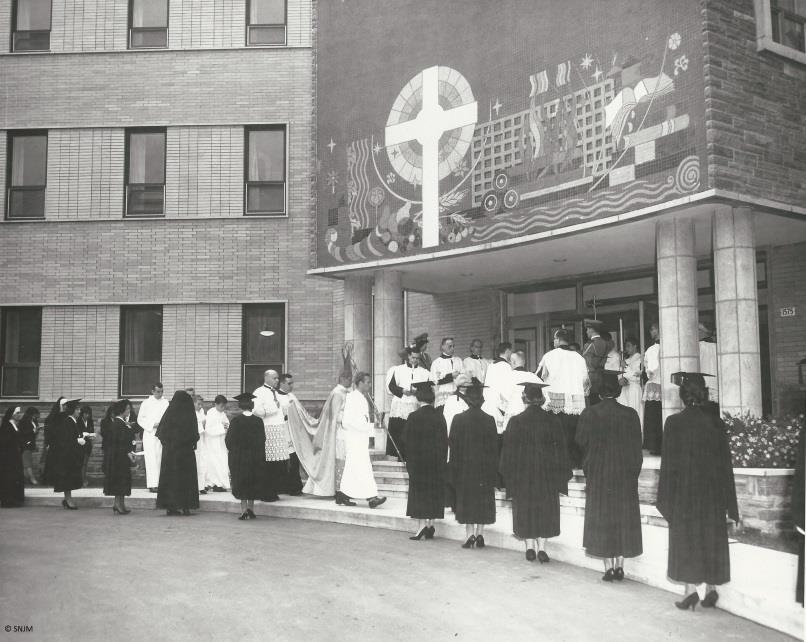 In response to various needs, in 1957 the Sisters of the Holy Names of Jesus and Mary (SNJM) constructed an entirely new facility, the Institut Jésus-Marie to house three institutions :

Women for Women – an Educational Mission.
The Institut Jésus-Marie, its times, foundresses,
and academic contribution. 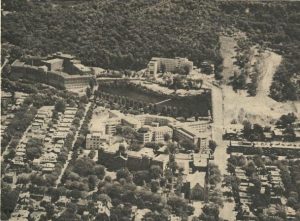 Built between 1957 and 1959 under architect Félix Racicot on grounds behind the Pensionnat du Saint-Nom-de-Marie, the Institut Jésus-Marie (1555 Mount Royal Blvd., Outremont) was of very modern construction. Due to its location, on the side of the mountain and across from the reservoir, it was built on three levels. With the most up-to-date classrooms and laboratories, it amalgamated and served the particular needs of three SNJM institutions. Beyond its academic uses, the new building was able to accommodate both residents and the teaching sisters.
Due to the changes in the education system in Quebec, the Institut Jésus-Marie was sold to the University of Montreal in 1967 and is today’s Pavillon Marie-Victorin. 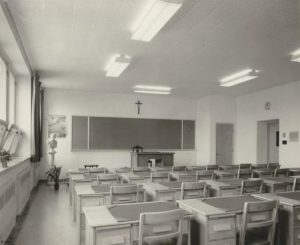 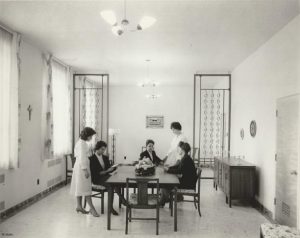 To meet a need for home economics teachers with specialized skills, Bishop Albert Tessier asked Mother Marguerite-de-Cortone, the General Superior of the SNJM Sisters, to found a training institute. The Institut de Pédagogie Familiale opened its doors at the SNJM Motherhouse on October 12, 1942.

By 1943, the school was annexed to the University of Montreal. By 1947, it was accredited to bestow Bachelor’s degrees in Home Economics. The Institut de Pédagogie Familiale was formally incorporated in 1961. 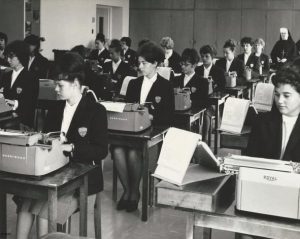 Courses in shorthand and typing were being given by various SNJM institutions from 1916 on. In 1926, the SNJM Motherhouse in Outremont began offering bilingual business courses through the Holy Names Business College. The objective of the school was to train effective and motivated secretaries and stenographers appropriately trained for the modern workplace.